Mid Acts Just Not Getting Right Division Yet

Formerly Mid Acts - NOW ACTS 28
"You cannot find the answer to a question you're not asking." (Mid Acts Brother Scott Mitchell of Grace Family Bible Online) I owe to him the raising of the question for which I then tried to find the answer, which is, "Why does Paul insist his gospel can be found in the Old Testament prophets?"
Tuesday, December 17, 2013 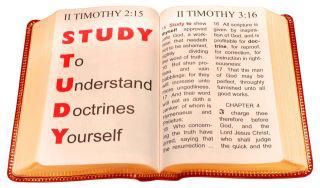 Just when Did The Church Age For Today Begin?

When did the Church begin?
There are three main views as to when the Church which Christ is head
Began. Probably over 95 percent of believers are confused on this issue, and fail to rightly divide the Scripture to determine what things belong to Israel and what things belong to the Church in our age. That 95 percent fails to see that Acts 2 did not begin the Church today, but was prophecy taking place for the Jewish believers
called the Church of a God in the book of Acts.
The second group of believers try to see the difference in Paul's messages to the Kingdom Church of a God and the Church today. Most of these believers believe the Church today started around Acts 9-13. They believe that through out the book of Acts, Paul moved gradually away from the Gospel for the earthly Kingdom Church of a God and finally preached only to the Gentiles. The following is a general article that outlines their belief as to when the Church for our age began. Unfortunately, they fail to see that all through the entire book of Acts, Paul's hope was entirely in line with the earthly hope of the Jewish kingdom Church. One can read in Acts many times through out Acts, in Paul's very own words, stating how his hope was of his father Abraham. It was not until Paul's last effort to get through to the Jewish leaders to accept their Messiah, that they refused to believe and God cut them off calling them "not my people " in Acts 28:28.
http://www.gracetruth.co.uk/Backnumbers/Vol%2045%20No%201.pdf
It was not until after Israel was cut off from God for the time being, in Acts 28:28, that God revealed to Paul in Prison about a new Creation, the Church which Jesus is the head. Finally One New Man, where both Gentile and Jewish believers are equal in stature. We finally read about this mystery that was finally revealed to Paul for the first time in history. It was a secret hid in the mind of a God and not revealed in the Old Testament or in prophecy about God's church for our age. Our Church age did not begin until after Acts 28:28.
When Did the Church of the One Body Begin?
We believe the passage in Acts 28:28-31 is when the Apostle Paul declares to the Jewish leadership that the final opportunity for their acceptance of Jesus as Christ is over. From that point on the message for the plan of salvation is now authorized to be sent from the Gentiles, apart from Israel. Prior to this point in scripture, salvation was always either through or with the Jew. At this point the nation of Israel has been put on hold but will be still receive the promises and blessings made to them through Abraham in the future (when Elijah restores the revealed plan of God). However, for the first time in scripture, Paul declares that whosoever will accept Christ, they become a member of the body of Christ where Christ is the head. This is now the beginning of the church which is of His body which has its own calling, blessings, and inheritance separate from Israel. To explain this “hidden plan”, Paul then begins to write the final 7 books in scripture, chronologically (Ephesians, Philippians, Colossians, Titus, Philemon, 1 and 2 Timothy.) The reason we describe this calling as the hidden purpose is that it was hidden in God, before the foundation of the world and not revealed until Paul was told to do so in Ephesians 3:9. The primary name given to us by the Apostle Paul for the special body of truth during this timeframe is called “The Mystery” (Ephesians 3:9, Colossians 1:25-26) and it is our calling for today. There are several positions in Christendom on when the Church of the One Body began. Those would be in Acts 2, Acts 9, Acts 13, and Acts 28. We obviously claim it was after the announcement Paul made in Act 28:28.

The Mystery To Accept Or Reject

"THE MYSTERY"- God's Sacred Secret To Complete the Word of God (Eph. 3:9; Col. 1:25,26)
"THE MYSTERY"- God's Sacred Secret To Complete the Word of God (Eph. 3:9; Col. 1:25,26)  vs.25 "...I am made a minister, according to the dispensation of God which is given to me for you to fulfil the word of God; vs. 26..The mystery which hath been hidden from ages and from generations, but now is made manifest to His saints:" (Col. 1:25- 26).  Translators in the main have selected the English word, "fulfill" or its equivalent, rather than the English word, "complete" (vs. 25). According to "Webster's New World Dictionary," (1968), the English word, "fulfill," means to carry out something promised, desired, expected, predicted, etc. To say the least, The Mystery was never promised, expected, etc. Consequently, to use the English, "fulfill," is like the blind leading the blind. It is said, "translators follow translators," a form of brainwashing. A case in point: The Douay Version of the Holy Bible, (which is an English translation of the Vulgate used by Roman Catholics) uses the word, "fulfill" (1578). The King James' Version, a Protestant version (1611), also uses "fulfill" -- you be the judge!{C}
In any case, believers are instructed to "make all (saints) see (discern) what (is) the dispensation (stewardship, fellowship) of the mystery which hath been hidden from the ages in God..." (Eph. 3:9). A Christian gentleman, Mr. Moore, who was a Bible teacher from Canada, recently remarked, "the average Christian has not rejected The Dispensation of the Mystery - - he has never even heard of it!" Whether or not one agrees or disagrees with his assessment about rejection concerning the dispensation of the mystery is of small consequence, when compared with his latter comment, "never even heard of it." Regardless, Mr. Moore gave his opinion and personally, I find him not to be far afield. In fact, the gross ignorance of the mystery is very widespread - - it even affects the clergy itself. You are challenged to make your own inquiry and discover for yourself.

An old cliche states, "the more things change, the more things remain the same." Let's put it into our context: as it was in the days of our Lord's flesh, so it is now, - - " making the word of God of none effect through your traditions" (Mark 7:13) Tradition, when spiced with a little slander here and there, is and always has been the weapon of the Evil One (Gen. 3:1-6). Needless to say, he has not changed. In a word, "if it ain't broke, don't fix it."

The best place to start with any difficulty is the source, e.g.., the Apostle Paul's last letter that he penned: "This thou knowest, that all they which are in Asia be turned away from me..." [They turned from Paul's teachings of The Mystery, but not from Christ. Ed.] (II Tim. 1:15) Please bear in mind that the heart of Paul's ministry proceeded through Asia. [The Philippians were not included in this group, as Philipi is in Macedonia. Ed.]

Just as the Colossian epistle states (1:25), this Post-Acts dispensation of the mystery was given, among other things, to complete (not fulfil - - see Webster's Dictionary) the word of God. THINK OF THAT! [There were no more revelations or word of God after "The Mystery" books were completed. Ed.]

Without controversy, the crisis of reality as opposed to historical tradition requires an answer. One either accepts the content of The Mystery written by an inspired apostle of God (II Tim. 3:16) or the findings of the uninspired church council's meeting some centuries later. That is, unless you count the inspiration of Satan himself (II Cor. 11:13-15) as the same as the inspiration of God.

When you consider all the circumstances of Paul's last letter, "...turned away from me" (II Tim. 1:15), you sense a prophetic forecast concerning the outcome of coming attractions, i.e., the church councils to come and the disastrous traditions to follow. [It appears those of whom he wrote had left The Mystery teachings and returned to following the traditional path. Ed.]

In any case, if these time frames are correct, the Mystery, which completes the whole canon of scripture, demonstrates the fallacy of so-called tradition relating to the times the books of the New Testament were written. Shortly after Paul's death, Jerusalem was destroyed - - 69-70 A.D.(?).

From 70 A.D. until after the turn of the First Century, church history is a blank. (Eusebius, "The History of the Church.")

It is here that the first of the Ante-Nicean fathers began to write. The writings of these Ante-Nicean fathers, Eusebius' history, testify to the reality of rejection (II Tim. 1:15) in their silence concerning Paul and The Mystery. Any and all light would be "Petrine (of theApostle Peter) Theology," [which were addressed to "The Circumcision," i.e.,Israel and any Gentile proselytes during the Acts period, and concerned the hope of Israel - Ed.] along with the influence of St. James' Court (Acts 21:20). In fact, the best-seller books of the period (Ante-Nicean fathers unto the beginnings of the early church councils - 300-325 A.D.) should have a title, "How to Become a Successful Martyr." Any mention of Paul is manipulated and homogenized into former teachings; particularly so concerning the New Covenant and water baptism, etc.

Historical traditions and teachings which flow from the findings of the several church councils (300 A.D.to 325 A.D.(?) are:

Clergy rule, priestcraft, rituals, ordinances, with many grave clothes of Judaism retained and practiced today.
Established chronology (false), (particularly the writings of John, 85-100 A.D.)
Established holy days (false).
Plato's "Immortality of the Soul," along with other Greek philosophical thinking. [These false conclusions are the basis of cultic societies (I Tim. 6:16). Ed.]
Pagan superstitions concerning the unseen world, angels, etc.
Eastern and Western churches, the guidelines and authorities.
Self-sacrifice, a way for obedience to gain. Illustration: The practice of things, counted for gain. In the Acts Period, Paul personally lived as a Jew, religious-wise. To him at that time, it was counted as gain. Post-Acts things, prior to the Mystery, were counted as gain, NOW, those things are counted as loss, and as dung (Phil 3:4-8, 13).
"Beware lest any man spoil you through philosophy and vain deceit, after the tradition of men, after the rudiments of the world, and not after Christ." (Col. 2:8.)

Posted by Unknown at 8:30 AM No comments: