Paul's Revelation For You Made Manifest

Much has been written about the THE SECOND COMING....
and just as much has led most astray in understanding
just what is to happen next after this wicked eon or age.

God had a secret hidden in His mind that was not told about in Prophecy
or in the Old Testament.  It was revealed by revelation to Paul
in the last years of his life while he was a prisoner.

It tells the reader of scripture just what is next in God's TIMELINE
for the Church which is His Body.

It is about the Epiphania or Appearing Of Christ In Glory and His Body also at that time with Him to ALL Creation.... 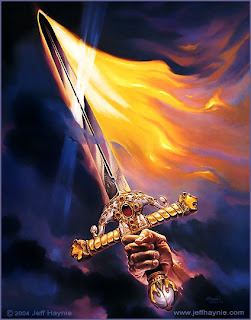 Much will be revealed to you
THAT WILL BLOW away the TRADITIONS OF MEN
in your mind and manifest  to you in Scripture God's wonderful glorious
plan for the Church which is His body....

Get ready by praying to receive this high calling and revelation as it was revealed to Paul
in Scripture for YOU.....FASTEN YOUR SEAT BELT !
Posted by Unknown at 10:19 PM