The Coming of The Lord

WHEN HE SHALL COME

I desire to say, and to have it on record, that I believe in the personal, visible return of the Lord Jesus Christ to the earth. I believe this because it is declared in the Word of God. I believe this as an individual and would hold it to be the truth even if I were the only one on earth who did so. There is no compulsion from any other source that requires me to believe this. It is not the creed of any group with whom I fellowship. I believe this just because it is written that, "This same Jesus which is taken up from you into heaven, shall so come in like manner as ye have seen Him go into heaven" (Acts 1:11). In fact, I hesitate not at all to make the boast that there is no man on earth who believes any more strongly than I do in the personal, visible return of Jesus Christ to the earth. I am a believer; believing is my business; it is my way of life; and I do not stumble at any detail, once I can settle in my mind that it is what the Word says.

Furthermore, I believe that this personal and visible return of Jesus Christ is with the purpose in view that He shall be personally present upon the earth for a thousand years. I do not agree with those who make everything of Christ’s coming and little or nothing of His personal presence. The fact of His presence is the important truth, not the journey that brings Him back.

My firm belief in the personal return and presence of Christ does not include all the ideas connected with it that have been concocted by the emotional and illogical preachers of prophecy. I have no time at all for the thousand-and-one events, past and present, that have been set forth as signs that the return of the Lord is imminent. Neither do I believe the oft-repeated idea that the Christians of the first century expected the return of Christ before death would overtake them. If this had been their expectation, they would have had to have been led to expect it by the Holy Spirit; and this theory could only point to the conclusion that He led them wrong. While many passages are cited to prove that the first followers of Christ expected His return at any moment, I believe that all such passages have been misinterpreted, misunderstood, and misapplied. Some, like 1 Cor. 1:7 which is constantly used, have been mistranslated.

The Bible does not teach the possibility of the Lord Jesus returning to the earth today, tomorrow, this week, or this year. If He did return today, it would make a shambles of God’s own revealed order of events. This order of events may not be crystal clear in all its details, but the main events are clear enough to establish the truth that many things must precede the return of Jesus Christ to the earth.

For example, Elijah must come first and restore all things (Matt. 17:11). This is not an independent event, as it follows God’s assumption of sovereignty; and the work of Elijah is all done within the time period of the kingdom of God. Furthermore, in due time, a "man of lawlessness" must be unveiled who will seat himself in "the temple of God, shewing himself that he is God" (2 Thess. 2:4). Since this one will be destroyed by the blazing forth of His parousia, it is evident that the parousia cannot take place until the "temple of God" has been rebuilt. Israel’s great new temple will be rebuilt in the kingdom of God.

It has, for more than a half-century, been my purpose to know and to believe all that the Bible teaches concerning the return and personal presence of Jesus Christ. Most things revealed are very pleasant and easy to believe; but some things declared are not so pleasant; yet, these must also be believed. For example, it is my conviction that 2 Thess. 1:7-10 refers to His actual coming in person to be present upon the earth. Here we read:

And to you who are troubled rest with us, when the Lord Jesus shall be revealed from heaven with His mighty angels, In flaming fire taking vengeance on them that know not God, and that obey not the gospel of our Lord Jesus Christ: Who shall be punished with everlasting destruction from the presence of the Lord, and from the glory of His power; When He shall come to be glorified in His saints, and to be admired in all them that believe (because our testimony among you was believed) in that day. 2 Thess. 1:7-10.
I have examined this passage in the original Greek, looked at it in at least twenty versions of the New Testament, and consulted many writers, wondering if someone had found a way of translating or interpreting this passage that would ameliorate this exceedingly drastic punishment that will be visited upon "them that know not God, and obey not the gospel of Jesus Christ." The search has been in vain, for the words here are plain and highly expressive. This passage describes the fate, not just of unusually wicked men, but of ignorant men and those disobedient to the gospel, "when He shall come."

From all this, it is evident that if the second coming of Christ takes place while the world is in its present state of darkness and disobedience, then the overwhelming majority of living humanity will be exterminated. This is such a radical action, that I, for one, cannot justify it on the part of God, the One Who so loved the world that He gave His Son for its salvation.

However, let there be a long period of time when men live under the beneficent effects of divine government (Psalm 67:4), of divine enlightenment (Psa. 97:4), of the manifestation of Jesus Christ (Col. 3:4 - see note 1 below), of an unveiled Christ (1 Cor. 1:7 - see note 2 below), of a world filled with "the knowledge of God" (Isa. 11:9) — then if they shut God out of their thoughts and refuse to obey the gospel of Jesus Christ, any punishment visited upon them would be just and right.

If Jesus Christ were to come back tonight, it would completely upset the divine timetable, scramble the Word of God, and make impossible the fulfillment of at least a hundred glorious promises that God has made concerning Israel and the nations. There are today upon the earth about 13 million Jews, whose chief characteristic for 1900 years has been their rejection of every claim concerning Jesus Christ, both as to His mission and message. What would happen to them if Christ should return today? Would not Israel as a living people be destroyed? How then would God fulfill all the glorious promises He has made to them? Consider, for example, the promise made concerning them in Ezekiel 34:11-15:

For thus saith the Lord GOD; Behold, I, even I, will both search My sheep and seek them out. As a shepherd seeketh out his flock in the day that he is among his sheep that are scattered; so will I seek out My sheep, and will deliver them out of all places where they have been scattered in the cloudy and dark day. And I will bring them out from the peoples, and gather them from the countries, and will bring them to their own land, and feed them upon the mountains of Israel by the rivers, and in all the inhabited places of the country. I will feed them in a good pasture, and upon the high mountains of Israel shall their fold be: there shall they lie in a good fold, and in a fat pasture shall they feed upon the mountains of Israel. I will feed My flock, and I will cause them to lie down, saith the Lord GOD. Eze. 34:11-15.
When this prophecy is linked up with two more of like nature in Ezekiel 20 and 28 (note 20:30, 42, 44; 28:25; 34:27), it will be seen that Israel comes to know the Lord as the result of all this beneficent activity in their behalf.

The truths declared in the prophecies of Israel’s restoration and that declared in 2 Thess. 1:7-10 are so opposed to one another that they are mutually exclusive. If Jesus Christ came back to earth today, the event described in 2 Thess. would make impossible the fulfillment of these prophecies.

The divine vengeance of 2 Thess. 1:8 is of such nature that divine justice would require that certain other things must be true before it can be righteously executed. Remember, this vengeance is not the penalty of those who have lived their lives in sin and disobedience. It is the portion of those who know not God and who obey not the gospel of Jesus Christ. Therefore, before this divine vengeance could be righteously executed, there would first of all need to be an unquestioned opportunity given to every living man to know God. Since this divine vengeance concerns only those who are living upon the earth "when He shall come," they should at least be treated equally with the Pharisees of whom the Lord said: "If I had not come and spoken unto them, they had not had sin: but now they have no cloke for their sin." "If I had not done among them the works which none other man did, they had not had sin: but now have they both seen and hated both Me and My Father" (John 15:22, 24).

Once such an opportunity is given to men to know God, then any punishment meted out to those who know not God would be fully deserved and its justice cannot he questioned. How thankful we should be that there is to be a long period of time before the second coming of Christ when the glory of the LORD shall be revealed, and all flesh shall see it together (Isa. 40:5). This will be in the kingdom of God, a period time that precedes His return to the earth. 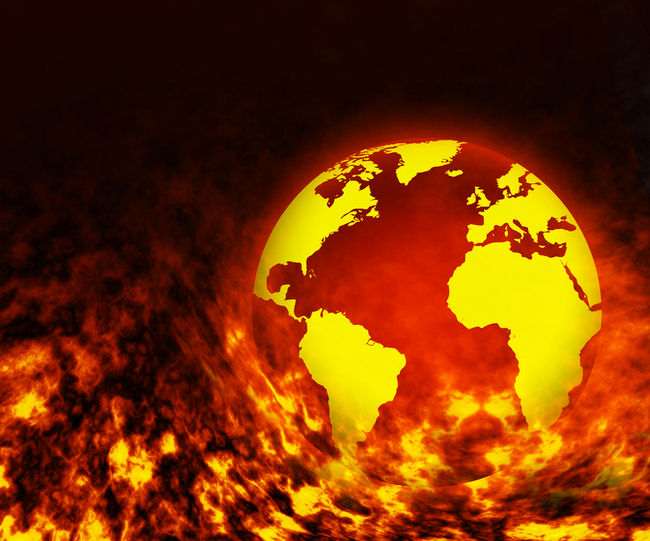