Next... The Coming Glory of God 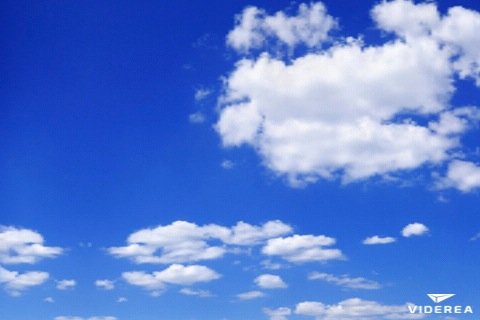 The Glory of God

PLAINER WORDS … THE GLORY OF GOD

While the Old Testament prophets each had different messages from the LORD concerning specific things for their time and place, they all had one message in common—the future world-wide appearing of the glory of God. The Apostle Peter summed up a common theme which all of the prophets proclaimed in the following verses.

“Repent ye therefore, and be converted, that your sins may be blotted out, when the times of refreshing shall come from the presence of the Lord; And he shall send Jesus Christ, which before was preached unto you: Whom the heaven must receive until the times of restitution of all things, which God hath spoken by the mouth of all his holy prophets since the world began” (Acts 3:19-21).

God spoke “by the mouth of all of His holy prophets, since the world began,” concerning the restoration (re-creation) of the world. Very little attention is paid to His promise that there would be a new creation to replace the one ruined by sin and death (cf. Isaiah 65 & 66). This was the constant theme of the Old Testament Prophets. It was also a constant theme of the New Testament Apostles and Prophets. Not only that, but the Apostle Paul wrote concerning it in his post-Acts epistles.

Why do most teachers of “right division” ignore the splendor of this future event? Why is it they can see no value of it in their writings or teaching? In order to avoid having to deal with the issue of the “the restitution of all things,” they ignore its relevance as it relates to Present Truth.

“Looking for the blessed hope and the appearing (epiphaneia) of the GLORY OF THE GREAT GOD AND OUR SAVIOUR JESUS CHRIST” (Titus 2:13). Young’s Literal Translation of the New Testament.

The coming manifestation of the Glory of God was not a secret. All of the prophets spoke about it. His glory will be seen, comprehended, and displayed when every knee shall bow and every tongue shall confess that Jesus Christ is Lord (Phil. 2:10-11).

Every effort has been made to identify every passage of Scripture which relates to the glory of God being manifested. We have selected some for this article in order to give a glimpse or highlight of what we can know about the next coming attraction—the Epiphany, to wit the Epiphaneia.

Notice what the LORD told Moses;

“And the LORD said, I have pardoned according to thy word: But as truly as I live, all the earth shall be filled with the glory of the LORD” (Numbers 14:20-21).

Habakkuk spoke as one of the prophets concerning the “restitution of all things” when he said;

“For the earth shall be filled with the knowledge of the glory of the LORD, as the waters cover the sea” (Habakkuk 2:14).

In that day, all of mankind will know the “glory of the LORD,” even as did the ancients before the Flood.

King David was also a prophet. In one of his recorded prayers, he mentioned the coming restoration of God’s manifest glory.

“Blessed be the LORD God, the God of Israel, who only doeth wondrous things. And blessed be his glorious name for ever: and let the whole earth be filled with His glory; Amen, and Amen” (Psalm 72:18-19).

Psalm 97:6 speaks concerning the future display of God’s glory, saying the heavens will declare His righteousness, and all of the people shall see His glory.

In Isaiah 6:3, it is written what the serpahims response is when they are given a glimpse of the glory of God being manifested in that future day:

“And one cried unto another, and said, Holy, holy, holy, is the LORD of hosts: the whole earth is full of His glory.”

Again, Isaiah mentioned the prophetic fact that the LORD (Yahweh/Jesus) will do a work of rejuvenation in which the glory of the LORD will be revealed;

The prophet describes the revealing or appearing of the glory of God results in the earth being full of the knowledge of the LORD (Yahweh/Jesus).

“They shall not hurt nor destroy in all my holy mountain: for the earth [i.e. the restored earth] shall be full of the knowledge of the LORD, as the waters cover the sea” (Isaiah 11:9).

“And the glory of the LORD shall be revealed, and all flesh shall see it together: for the mouth of the LORD hath spoken it” (Isaiah 40:5).

The glory of the LORD being manifested will be associated with the “restitution of all things” in which the cosmos will be restored to its original state.

“For, behold, I create new heavens and a new earth: and the former shall not be remembered, nor come into mind” (Isaiah 65:17).

The “appearing of the glory of God” is an integral part of the “restitution of all things” which all of the prophets spoke about as we are reminded by Simon Peter in Acts 3:19-21.

One of the most overlooked Scriptural facts is that the gospel of the glory of God was committed to the Apostle Paul.

“According to the glorious gospel [the literal translation is; the gospel of the glory] of the blessed God, which was committed to my trust” (1 Timothy 1:11).

The Apostle of the good news of the GLORY OF GOD said that we, as members of the Church over which Christ Jesus is the Head, should live soberly, righteously, and godly in this present world …

“Looking for that blessed hope, and the glorious appearing [literally, the appearing of the glory] of the great God and our Saviour Jesus Christ” (Titus 2:13).

“The glorious appearing,” to a certain degree, veils the actual meaning of the phase, which is: “the appearing of the GLORY of God.”

“Young’s Literal Translation of the New Testament” shows that in the cases of
1 Timothy 1:11 and Titus 2:13, the subject is the GLORY, not the appearing.

While many truths related to the Holy Secret were “hid in God” and not made known to the sons of men as it is now revealed, the appearing of the GLORY OF GOD was not a secret. Our hope will become an actuality when the Lord Jesus Christ speaks from heaven, and all beings in the universe, both human and spirit, acknowledge that He is the Lord, and then the GLORY OF GOD blazes forth.

“I charge thee therefore before God, and the Lord Jesus Christ, who shall judge the quick and the dead at his appearing [Epiphany] and his kingdom” (2 Timothy 4:1).

The blazing forth of His glory ushers in the Day of His Exaltation—the Day of Jesus Christ. What a magnificent Day or age this will be!

“The lofty looks of man shall be humbled, and the haughtiness of men shall be bowed down, and the LORD alone shall be exalted in that day” (Isaiah 2:11).